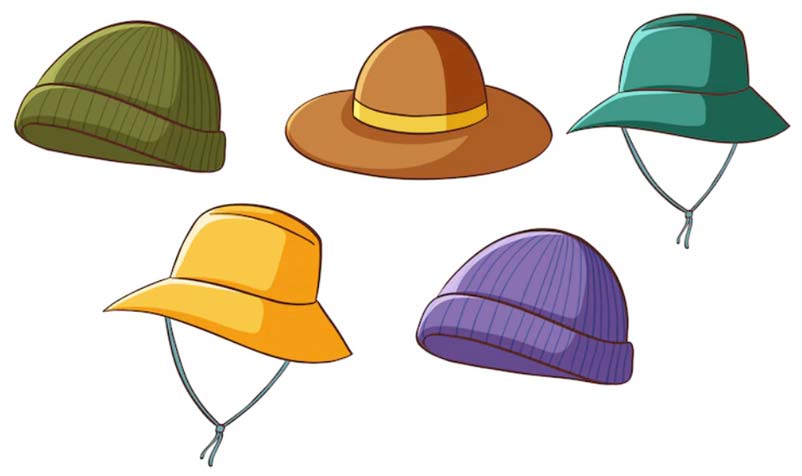 As the saying goes, the shocking reality can be hidden beneath the beauty. The same can be said about hats; there are many fun facts about hats that you never knew before.

And it’s not just about the hats that have become history, but also the ones that are popular today.

You might have wondered about the little fur pom pom on top of beanies or the pre-curved brim of cowboy hats. They are not some style elements that are randomly chosen but have a story behind them.

Read on to learn more about hats and their interesting origins!

Most people know that dark colors absorb light more than light colors. But did you know that this also applies to ultraviolet (UV) rays?

That’s right—wearing a black hat will more effectively block UV rays than a white hat. A black cotton tee can already block up to 96% of UV rays.

However, why are black hats not the hottest trend during summer? Turns out, it’s not just the skin cancer but the heat.

The darker the color, the more heat it can absorb from the sun. And we all know how unbearable the summer heat can be, so people would rather go for a lighter-colored hat.

2. The Pom Pom On Hats Originates From the Military

Pom pom beanies have become a staple winter headwear, especially among college students. They are often seen in various colors, from classic black and white to fun and funky hues.

But did you know that the pom pom originally can be traced back to the age of Vikings? The little balls were used as decorations on their helmets and armor.

Hats with pom poms also have been worn by soldiers from European. The little balls were not just for fun but also served as a way to identify different regiments from afar.

Then, how about the pom pom beanies, why are they become so iconic?

The more credible argument is about the process of making pom pom knitted hats. It is said that the pom pom can hide the seam at the top of the hat perfectly.

Take off your hat immediately if you’re ever caught in a lightning storm!

You might know how dangerous it is to be in an open area during a thunderstorm, but wearing a hat can actually amplify the risk.

Lightning tends to strike the metal in hats first, and the electricity will then travel down to the head.

So even if you’re not the one being directly hit by lightning, you can still be electrocuted by the charge.

Many designs on the hat have metal components such as the venting hole or the adjustable buckles of baseball caps.

And windproof strings on winter hats are usually made of metal as well. So if you can’t take off your hat, at least tuck in the strings to minimize the contact with lightning.

Contrary to popular belief, trucker hats didn’t originate in the 1990s. They date back to the 1970s when farmers and other rural workers first wore them to keep the sun out of their eyes.

It wasn’t until nearly 20 years later that trucker hats became popular with urbanites and suburbanites alike.

In fact, the curves and creases of cowboy hats are created by the wearers: the crease shows how a cowboy grabbed his hat, and the brim is bent according to how he preferred to wear it.

Nowadays, the brim is often pre-curved and has a higher crown. But some cowboy hat makers still offer custom options so customers can choose the shape they want.

Hats are more than just fashion accessories—they can also serve an important purpose in protecting your skin from UV radiation or keeping your head warm in cold weather.

Next time you reach for a hat, keep these five fun facts in mind!