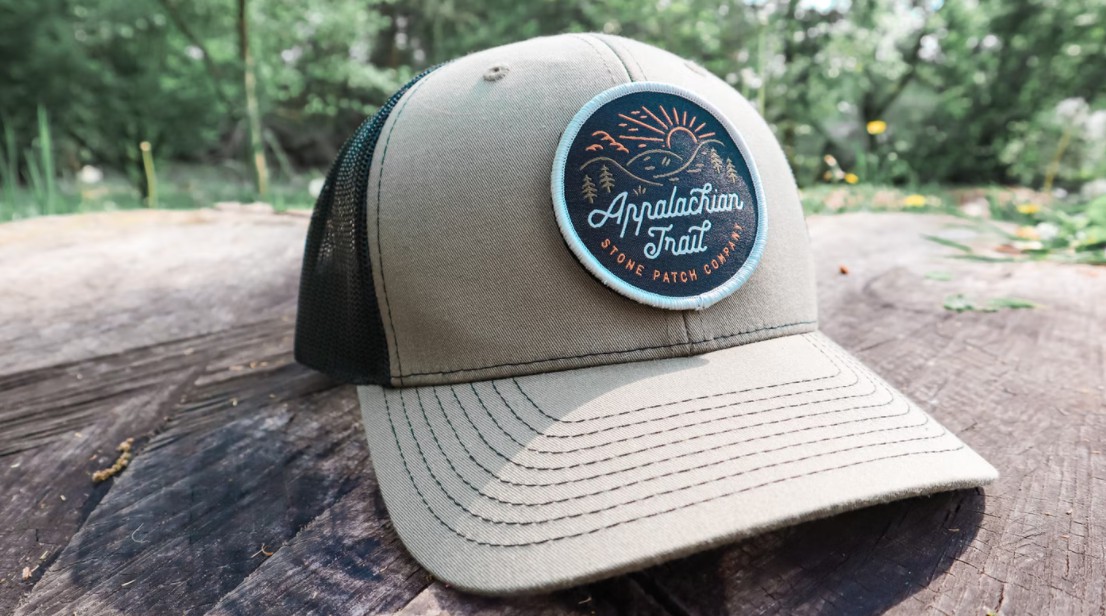 As one of the many types of baseball caps, trucker hats have always been part of the fashion industry for a while now.

Although it has a striking resemblance to most baseball caps, you will find that it is quite different.

Trucker hats are taller than other types of ball caps because of the tall and straight front section.

Trucker hats are also called mesh caps because of the mesh backing at the back of the cap, which also distinguishes them from other caps.

Numerous companies in the earlier years gave these kinds of breathable mesh hats to truck drivers and farmers; hence the name trucker hats came into being.

If you have interested in this classic type of baseball cap, please keep reading and learn how to wear a trucker hat in style!

What is a Trucker Hat?

Trucker hats were originally worn in the 1980s and early 2000s, mostly by ranchers, truck drivers, and farmers.

The farmers and ranchers used them to advertise their feed stores and agricultural products.

Hence it was considered a cheap advertising method and the distinct logo at the front.

When trucker hats first came around, feed stores and farmers gave them away as promotional gifts to their customers, thus creating their popularity.

Are Trucker Hats Still in Style? 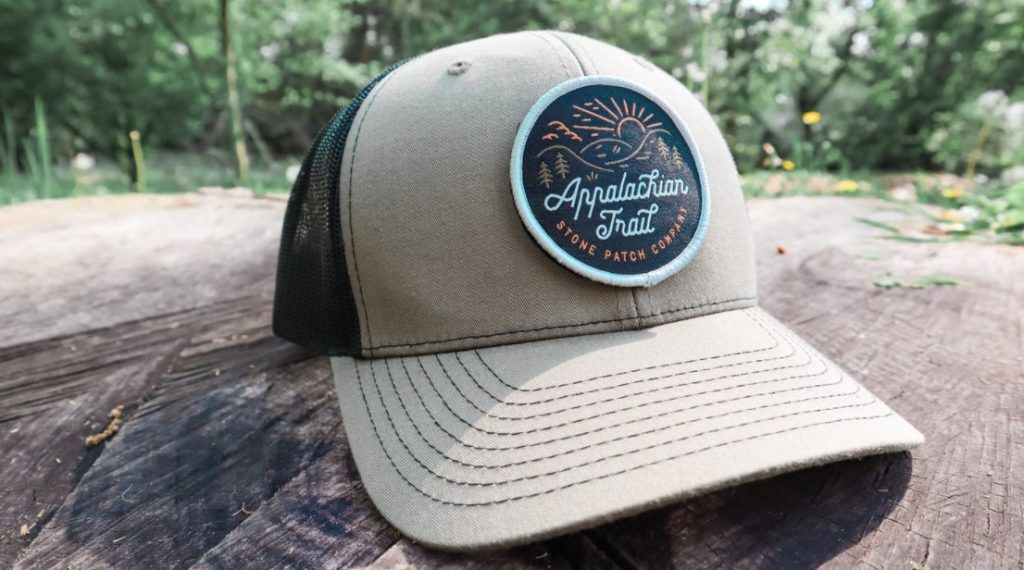 When you look at people walking on the streets, you will realize that trucker hats are still very popular, and most people wear them to enhance their sense of style.

You will also find that most top brands like New Era and Djinns have now ventured into making the trendiest models of trucker hats, which means that they are still in style.

You will see that the most common decoration on the trucker hats is embroidery and screen prints.

These hats bare different logos depending on your preference, and this is done by a modern embroidery machine.

Trucker hats are no longer known to be just for men.

You will find women styling their outfits with the trucker hats as well.

Trucker hats come in a range of luscious feminine colors and whimsical prints featuring anything from flowers to birds and butterflies.

When choosing the color of the trucker hat you want, you have to go for a color that compliments your skin color since it is worn so close to your face.

For someone pale or light-skinned, any color, from warm colors such as rust or pink to darker colors, will be a good choice.

If you are darker-skinned, you should go for lighter colors and avoid black.

The type of brim you want comes down to the shape of your head and what best compliments it.

Shorter brims will make you look bigger, thus if you have a big head, go for a wide brim trucker hat.

Besides the width, you can look for different styles of brim like a flat or curved one.

What’s more, a slightly curved brim works well if you have a round face.

However, if you want a trucker hat with a curve on the brim, you can get the hat to be curved by yourself.

Wet the hat first at the brim, then bend it to your desired bend limit. And let it dry out but not in the open sunlight since the sun tends to fade out the colors.

When choosing a trucker hat, it’s important to choose one that fits right and compliments the shape of your face.

A high and wide crown will give you a pointy bigger look.

A well-fitting trucker hat should sit above your ears comfortably, with its bill resting perfectly in the middle of your forehead.

The crown should top the head and leave a slight space between the cap and your head.

4. How to Wear a Trucker Hat

What Seasons to Wear

You can wear a trucker hat during the summer when it is hot, and you need to work in the sun.

Since trucker hats are made of mesh at the back, you will find that they are the best hats to wear during the summer.

Although you can wear a trucker hat with any outfit, some outfits blend well with them.

If you want a smart casual look for a family gathering or when you want to hang out with friends, it is advisable to wear a trucker hat that is a bit dark in color, for instance, a blue, grey, or even a black one.

You can then pair the hat with any pair of jeans or sweat pants with a dark-colored t-shirt. 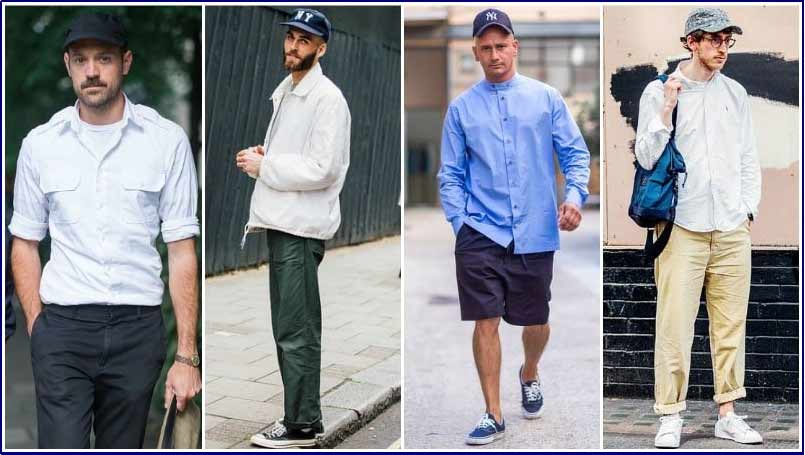 Trucker hats pair up perfectly with casual looks and work great with a smart-casual look.

When it comes to going semi-formal, attending an informal business meeting, and meeting up with friends, you should ensure that your trucker hat matches your outfit when it comes to color.

Stick to a trucker hat without bold logos or prints to get a perfect look. It should have minimal writing and style.

The hat should be worn facing upwards with its brim facing slightly upwards to show more of your hair and face.

Pair up this look with chinos, a casual bottom-up shirt in a neutral color, plus a pair of sneakers. 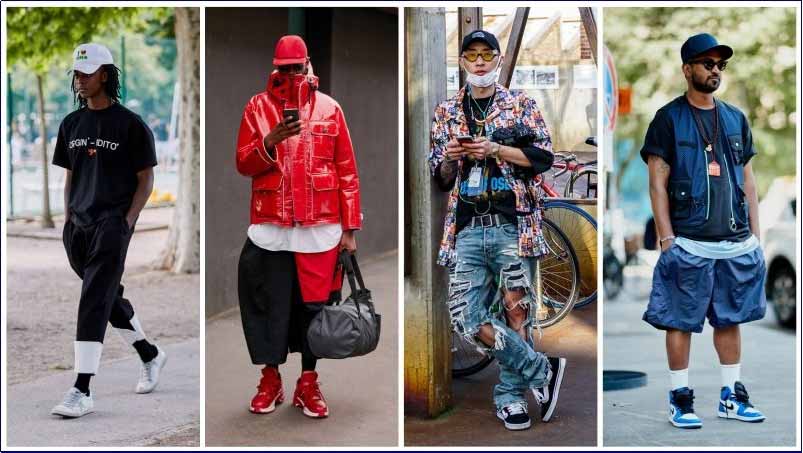 Snapbacks and hip-hop outfits are known to have a history of teaming up, and they go well together.

The edgy attitude of trucker hats mixed with the hip-hop style makes it a great combination and ideal accessory.

When going for this look, choose a trucker hat that has a bold yet sleek statement. For example, you can pair up a black style that has white embroidery.

The brim should be worn facing forward, not backward, and the look will be complete with sneakers, an oversized graphic t-shirt, and ripped jeans.

Fabrics such as wool, corduroy, and suede are a great option for pairing up your trucker hat, which brings out a touch of luxury.

This is in particular when paired with some wardrobe classics such as slim-fit chinos and lightweight jackets.

Not many can pull up such a look, and gratitude should be given to the stylish Scandinavians who are great at coming up with such a unique outfit style.

When you think of summer, a trucker hat is one of the essentials, together with sunscreen and a cold drink.

These hats will help shield your eyes from the sun and add some personality with the right style when paired with shorts and a t-shirt.

Your outfit will look more stylish when your trucker hat is similar to one piece of your outfit, be it your shorts, sandals, or shirt.

A few years back, this was not the norm. As contemporary as it comes, this look is the perfect way of wearing a trucker hat without looking like a teenager.

This look is got by pairing up a pair of sneakers, a simple plain looking hat, unstructured blazer worn over a t-shirt for a fine finished look.

The important thing to note about the monochromatic look is that your whole outfit will be in the same color.

Some of the color ideas are grey, navy blue, black, brown, and dark green.

A plain trucker hat is most preferred paired with a t-shirt, dark jeans, sneakers, and or a pair of jackets.

Mix and matching colors should be avoided, and silver or gold for jewelry is perfect for this outfit.

It is an easy look for those who did not get time to play dress up but still want to look nice.

This can of look can be paired with the trucker hat facing backward. Those with bangs can let them poke through the hole and let them hang on the face.

The hair can be worn as a thick braid, loosely on the back, or in a low ponytail.

This you can pair with comfortable sneakers, a baggy shirt or t-shirt, legging, or sweats. Choose a more natural look for accessories and make-up. 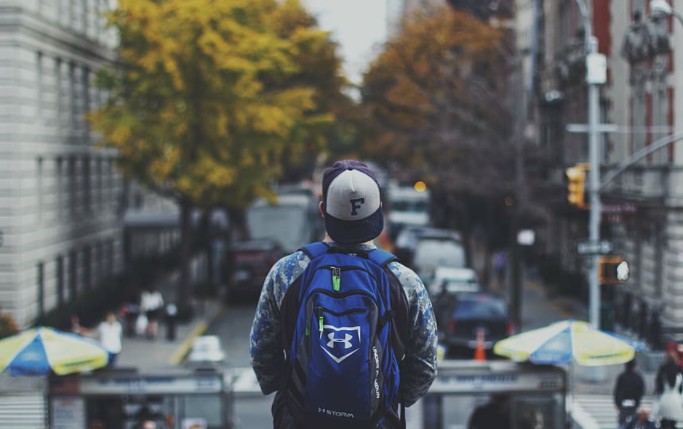 There are very many ways you can wear a trucker hat and still look cool.

One of them is to wear the hat facing front and fitted to the head. This is when you want to maintain a smart casual look.

When you are going for the frontward look, you can wear the trucker hat with a plain pair of jeans or shorts and a nice graphics t-shirt.

How to Wear a Trucker Hat Backward

You can also wear the trucker hat facing backward. You can wear this kind of look when you want to bring out the edgy look.

When wearing the backward look, ensure you wear the back part of the hat at the beginning of your hairline, and the brim at the back must face downwards.

You can also wear it backward with the brim straight. You can then pair it with a pair of jeans and a plain pair of T-shirts.

Tips on How to Wear A Trucker Hat

1. Choose a trucker hat whose style and color compliment your outfit, personality, and style.

2. Subdued outfits are meant to be worn with bold trucker hats if you want to pair them up with a trucker hat.

3. For a sharp classic casual look, wear your trucker hat forwards, and if you are looking for that edgy, informal look, you wear it backward.

4. It’s not advisable to wear your trucker hat sideways.

5. Before wearing a trucker hat, always consider and be mindful of where you are going and the kind of audience you will interact with.

Truckers have evolved over the years from being strictly for the working-class individuals to being for fashionistas and an important designer symbol.

They are great for branding giveaways with catchy phrases, embellishments, and art designs.

They come in customized sizes, are made from different materials, and some are adjustable.

The printing and embroidery are not limited to just the front and brim but also the sides and back.