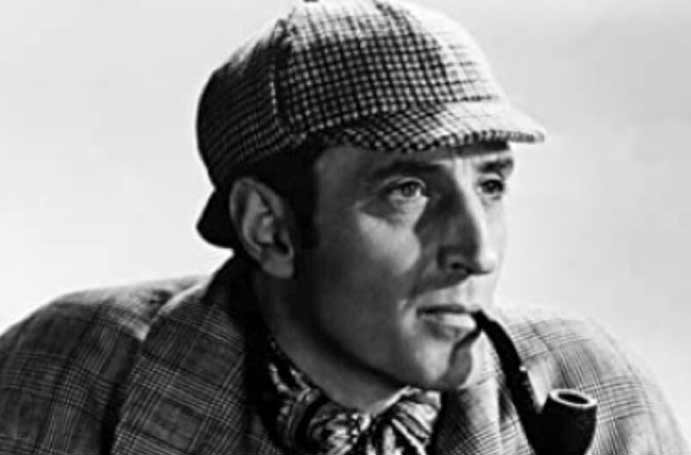 Watson: “Why do you always wear that old deerstalker?”

Sherlock: “It is my thinking cap.”

Sherlock: “My thinking cap. It helps me to think.”

If you are a fan of the detective stories of Sherlock Holmes, then you have probably seen him wearing a deerstalker hat.

This hat has become an icon of the detective genre, and is often associated with Sherlock Holmes.

What a surprise! So, why did Sherlock Holmes start wearing a hunter’s hat? So today, we’ll explore the history of deerstalker hats and find out their purpose.

We’ll also take a look at what hats hunters wear nowadays. So please put on your thinking cap and let’s get started!

What Is A Deerstalker Hat?

A deerstalker hat is a type of cap traditionally worn by hunters. It has two brims—one in the front and one in the back—and is typically made of tweed or another type of woolen fabric.

This kind of hat is born out of utility; the two brims help to keep the hunter’s eyes shaded from the sun, and it has earflaps that can be worn down to keep the ears warm.

Deerstalker hats were first worn in Scotland and Ireland, where the weather is colder and the landscape is hilly.

Nowadays, deerstalker hats are mostly worn as fashion accessories rather than actual hunting gear. They are often seen in movies and TV shows set in the Victorian era.

The History of Deerstalker Hats

Deerstalker hats were first popularized in Scotland in the 19th century. At that time, they were known as “toshies” or “twats.”

In the story, Sherlock Holmes was described as wearing a “close-fitting cloth cap” with earflaps. This was the first time that deerstalker hats were linked with detective work.

And we trust that from a stylish level, it was an upgrade from the “twat.”

The deerstalker hat became even more popular after Sir Arthur Conan Doyle’s stories about Sherlock Holmes were adapted for the stage.

In the early stage adaptations, Sherlock Holmes was often portrayed as wearing a top hat. But, in later adaptations, he was shown wearing a deerstalker hat instead.

This is likely because deerstalker hats were seen as more practical for an active detective like Sherlock Holmes.

They were also more affordable than top hats, which made them more accessible to the average person.

What Is the Purpose of Deerstalker Hats?

So why did Conan Doyle choose to dress Sherlock Holmes in a deerstalker hat? Well, there are a few reasons.

First of all, remember that deerstalkers were originally designed to be worn by hunters. And since Holmes was always tracking down clues and solving crimes, it made sense that he would dress like a hunter.

Second, the hat’s earflaps could be pulled down when it was cold outside—perfect for those long nights spent investigating crimes!

Finally, the hat gave Holmes an unmistakable look that helped people remember him (which came in handy when he needed witnesses to ID suspects).

What Hats Do Hunters Wear Nowadays?

Nowadays, most hunters don’t wear deerstalkers anymore. Instead, they prefer to wear baseball caps or beanies in blaze orange.

But even though deerstalkers aren’t as popular as they once were, they still hold a special place in our hearts—especially when we see them on the head of everyone’s favorite detective!

Why does Sherlock Holmes wear a deerstalker hat? As it turns out, there are quite a few reasons!

Deerstalker hats were originally designed for hunters (and Sherlock Holmes was always tracking down clues and solving crimes).

The hats also had earflaps that could be pulled down to keep the ears warm—perfect for those long nights spent investigating crimes!

Finally, the hats gave Holmes an unmistakable look that helped people remember him (which came in handy when he needed witnesses to ID suspects).

Even though deerstalkers aren’t as popular as they once were amongst hunters, they still hold a special place in our hearts—especially when we see them on the head of everyone’s favorite detective!