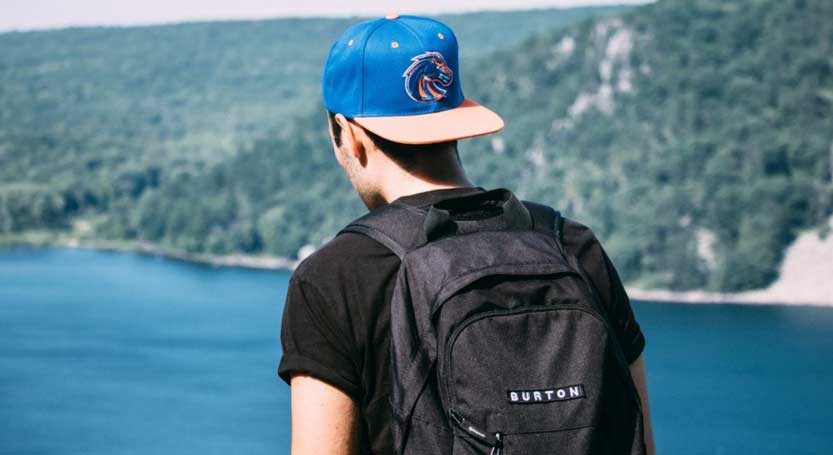 In this day and age, it seems like just about anything goes when it comes to fashion.

You can wear whatever you want, whenever you want, and no one is going to say a thing about it. One of the latest trends in fashion is wearing hats backwards.

So, what is the story behind this trend? Keep reading to find out!

Who Started The Trend of Wearing Hats Backwards?

The trend of wearing baseball caps backward is often credited to iconic sports in the 1990s.

Even though it is hard to tell who was the first to wear the baseball hat backwards, many agree that Ken Griffey Jr. was one of the first to bring the trend into the culture.

Some sources also state that the trend caught phenomenon in 1987 after Mr. Sylvester Stallone’s, “Over The Top” wrestling movie.

He was followed by Ken Griffey Jr. who was a baseball player in the 90s. Griffey’s fans depicted him with the backward hat style, which became his signature.

As expected, not everyone was a fan of Griffey’s look as the Yankees manager depicted the look as a lack of respect for the game.

Griffey did reveal that wearing a cap backwards was not supposed to be a big statement. Either way, he did influence a lot of copycats.

How Did Wearing Hat Backwards Gain the Popularity?

The trend became popular in the mainstream during the 1990s and is often associated with athletes and celebrities.

The trend was then picked by the average people who started following the fashion trends the celebrities set.

Hip-hop artists like Jay Z, Ice Cube, and Aaliyah already had a relationship with the humble baseball caps.

This further made the style to be associated with questioning authority and rebelliousness.

Since the backward hat trend started in the sports community, football players, runners, and hockey players started adopting it.

Why Should You Try Wearing Hat Backwards for Once?

If you have gone through middle school, you know that wearing hats backwards is the epitome of cool and helps you look cool and stylish.

Wearing a backwards baseball cap can be more comfortable than wearing it forward especially if you have lots of hair.

For guys, wearing a backwards baseball cap can help accentuate their facial features, drawing attention to the neck, eyes, and jawline.

#Reason4: It keeps your hair out of your face

If you have long hair, wearing a backward baseball cap can help keep it out of your face, especially when playing sports.

#Reason5: It has practical motivations

Sometimes, people wear backward baseball caps for practical reasons. For example, if you are working in an environment where you need a clean view, you might feel like the brim of the hat is blocking you from seeing well.

The best baseball cap for backward wearing depends on your personal preferences. Some popular options include: 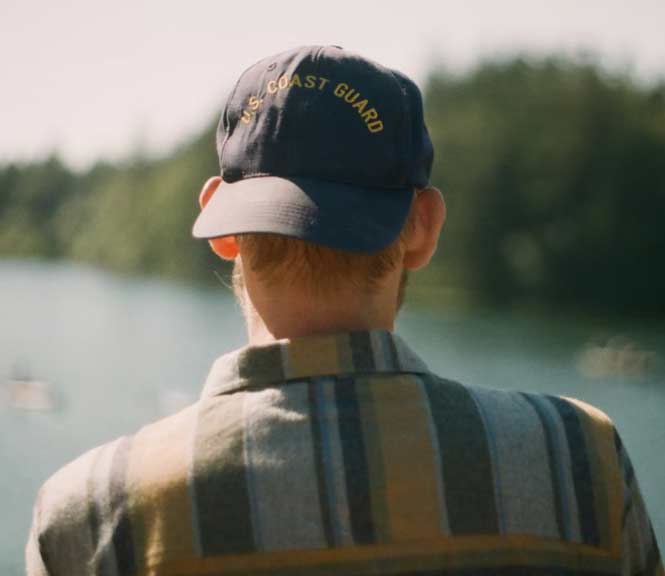 Dad hats are a good option for wearing hats backwards to keep the front panels off the face. They are easily adjustable to fit the wearer. As long as wearing a dad hat backwards fits your style, you are good to go.

Another good option for backward baseball caps is a snapback. Snapbacks’ history lies in the baseball world, but it should not be confused with a baseball cap.

It is fitted with an adjustable snap at the back, so you can adjust it to fit your head. This makes it a one-size-fits-all style cap.

They feature a wide flat brim and 6 rigid sections that form the cap, resulting in a dome towards the front. This shape is what gives the snapback its distinct appearance and a wide appearance at the front.

You have a lot of choices of snapbacks for the different color and materials. Or you can take this breathable and lightweight New Era baseball cap as a try.

If you want a more stylish option, you can try wearing a trucker hat backwards. Trucker hats were more famous among truck drivers but they have hit the fashion with a bang!

They have almost the same design as baseball caps but what differentiates them is the back of the cap. The back of the trucker caps is plastic mesh while the front part is broader than baseball hats.

These hats ooze a relaxed vibe, especially among schoolboys. If you have a big head and look for the best cap, read this to get the best trucker hats for you. 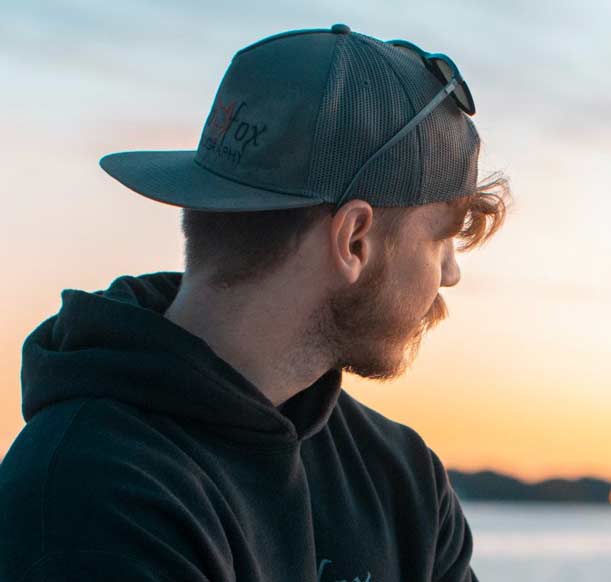 The best type of baseball cap to wear backward is a panel cap. They might be even more comfortable than snapbacks. Just ensure that they fit nicely on your head. You might want to shift it back on your head for the brims to point upwards. 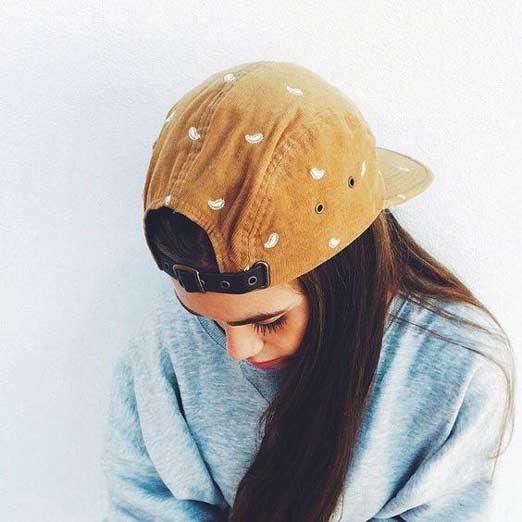 If you want a more stylish option, you can try wearing a flat bill backwards baseball cap. Flat bills are trendy and give you a modern look when worn backward.

They are also more comfortable than other types of baseball caps and add a bit of edge to your outfit.

The best type of baseball cap to wear backwards is a fitted cap. This type of cap will hug your head and prevent it from moving around when you’re wearing it.

Styling a hat worn backwards can be tricky. But you don’t have to worry, learn some useful tips on how to wear it here:

i. Wear strap and brim down. Ensure that the strap is placed high on your head and the brim pointing down. The brim level should be lower than the hat’s closure to prevent marks from forming on your forehead.

ii. Stick to a relaxed fit. If the hat is fastened too tightly, it leaves marks on your forehead and destroys the panels and sweatband of the hat.

iii. Avoid bending the brim. It loses proportions when the brim is bent, and reshaping it can be difficult. So ensure that you don’t bend the brim.

iv. Get the correct hat size. Wear a hat that fits well for comfort.

v. Tuck your hair under the hat’s sweatband. Ensure that your hair does not stick out above the gap of the closure or on the sides of the sweatband. Just tuck it in neatly.

vi. Wear casual outfits. Baseball hats do not compliment suits. So always wear it backward with a casual outfit.

1. Is it disrespectful to wear hats backward?

Others might say that wearing a hat backwards is simply a style choice and there is no disrespect intended. In the long run, it is up to the person to decide whether wearing the cap backwards is disrespectful or not.

Many girls think it’s a super stylish way to wear a baseball cap. Whether you’re wearing your hat backward to show off your cool hairstyle or simply because you like the way it looks, there’s no reason why girls can’t rock this trend.

Just ensure it goes well with your face and the rest of the clothes.

So, if you’re looking for a new way to wear your baseball cap, why not try wearing it backward? You might just surprise yourself with how much you like it! Who knows, you might even start a new trend amongst your friends.

Wearing a baseball cap backwards gives a higher sex appeal than when worn facing forward. This trend accentuates a man’s facial structures and there is simply no hiding behind the cap, which makes one even more approachable.

One thing that is for sure is that this trend is not just contagious but it’s here to stay.