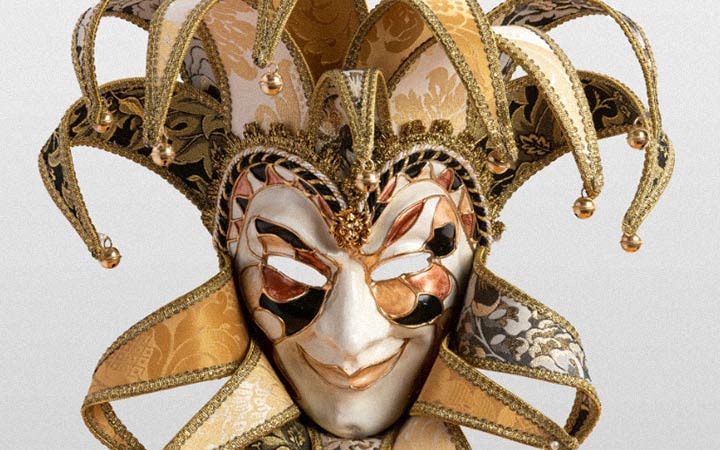 When you think of a jester hat, what comes to mind?

Perhaps it’s the iconic red and yellow stripes worn by court jesters in fairy tales, or maybe you remember the funny hats sported by characters like Harley Quinn from the DC.

Regardless, these colorful pointed caps have been around for centuries and carry a rich history that is still relevant today.

Let’s explore some common questions about this iconic piece of headwear.

What’s the Real Name of A Jester Hat?

The jester hat is also known as a cap ‘n’ bells or a fool’s cap.

It was given this name because of the typically bell-adorned points that hung from it, which were used to create comical sound effects when the wearer moved around.

Generally, a jester hat was brightly colored with patches of different colors, bells, feathers, and other decorations that symbolized the foolishness of the wearer.

Today, they are still used as part of a costume but have also become popular as decorations or party favors at celebrations such as birthdays and holidays.

What’s the Point of A Jester Hat?

When it comes to the purpose of a jester hat, there are two main types – normal jesters and court jesters.

Roving street performers typically used these in medieval times who sought to amuse crowds with their silly antics and clever jokes.

They would often wear bright clothing and exaggerated makeup. The bell-adorned points of the hat created a tinkling sound effect when they danced around, adding to their comedic act.

In addition to these normal jesters, there were also court jesters who served as advisors and entertainers for wealthy patrons.

These professional clowns had a more exclusive role and wore finer clothing, including pointed hats.

They could only participate in court life if they had permission from the king or queen and were usually well-versed in politics and literature.

A court jester hat partially represents their special place in the court hierarchy, as it was often given to them as a gift from their patron.

What Other Clothing Do Jesters Wear?

In addition to their iconic hats, jesters usually wore brightly colored clothing with lots of patches in different colors. Similar to what we see today when someone wears a traditional clown-style outfit!

They also often wore tight-fitting leggings known as hose, which were highly decorated with bells or stripes across the legs.

Another signature feature of their costume added to their comedic look! They might also carry props such as juggling clubs or balls, which helped them create more entertaining acts when performing for their rulers.

Today, the significance of jester hats has shifted to be more closely linked with celebration culture and having fun!

They can be seen at birthday parties, Halloween parties, and sporting events. Basically, any event where everyone wants to let loose and have a good time!

For example, you may see someone wearing one while playing games at an arcade or attending a music festival. Both activities require no small measure of silliness if they’re going to be successful!

So even though they may not represent something historically significant as they once did centuries ago – they still hold plenty of significance today!

The jester hat has been around since medieval times, but its importance has changed drastically.

It was initially used by court jesters hired by royalty to entertain them and help keep them grounded in reality.

Nowadays, it is mostly seen as part of costumes for parties or other celebrations where people want to dress up in something silly and lighthearted!

Regardless if you’re wearing one for historical accuracy or fun, there’s no denying that it adds an element of whimsy wherever it goes!

So grab your fool’s cap; it’s time for some royal revelry!