The Panama hat is one of the fashion icons of Panama. This adorable hat is worn during various events. They are used as a function and fashion by people from different walks of life.

Additionally, the Panama hat has been around for more than one hundred years. However, most people believe that the Panama hats originate and are made in Panama. This is not true.

To learn more about these stylish straw hats, keep reading this article about what is a Panama hat and how to get an authentic one.

What Is a Panama Hat?

Where Does It From?

This led to many people believing that the Panama hat was from Panama since they mostly associated the hats with the shipping origin instead of their manufacturing origin.

The Panama hats became very popular in the 19th century because there was enormous production during the construction of the Panama Canal that linked the Atlantic and Pacific Oceans.

During the construction of the Panama Canal, the weather was hot and humid. Therefore, most workers need something to shield them from the direct sun heat.

The Ecuadorian-made straw hats were selected as the best functional hat for the prevention of heat while constructing the canal.

When the construction of the Panama Canal was done, the workers brought the hats with them to the United States; hence the name Panama Hat was born.

Why Are Panama Hats So Expensive and Still Popular?

Weavers create the hat’s pattern, crown, and brim using this fiber, then finish the process by washing, bleaching, oven treatment, ironing, and pressing it.

Depending on the quality and elegance of the hat, it might take anything from one day to eight months to weave. Since it takes longer to weave the Panama straw, they are expensive.

Panama straw is quite popular because it is crafted with a tight weave. The weaves are also very tight. Besides, most renowned persons in the communities wear Panama straw, and this makes the hat very popular.

For example, in the 19th century, US President Theodore Roosevelt was pictured wearing a Panama hat during the commissioning of the Panama Canal. 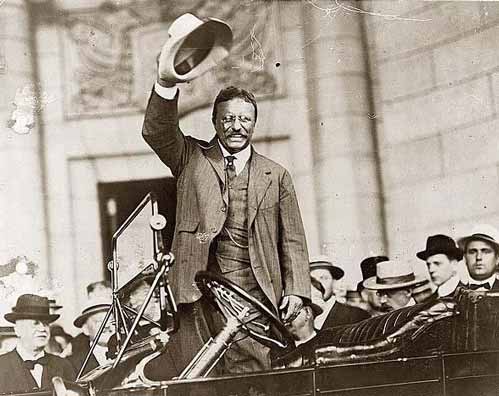 Panama hats are known to be breathable, lightweight, and stylish, and they are available in various colors. Panama hats can be used for both function and fashion.

Since it has a wide brim and is breathable, it can be used for sun protection. They are also available in various colors and designs.

Therefore, you can wear them with multiple outfits to multiple activities and events since they will help in enhancing and complementing your style.

Panama hats are available in various styles. The different Panama hat styles are determined by two primary characteristics, namely the shape and size of the brim and the crown.

Fedora Panama hat: This is the most popular Panama hat style today, and it includes a variety of variations. In 1940, this Panama hat style became quite famous since it was a hat of choice in various classic films such as Casablanca and Key largo.

Monte Carlo Panama hat: This Panama hat style is shaped on a hat press. The outer edge of the brim turns up a bit.

The difference between a Panama hat and a fedora is the crafting fabric.

Additionally, the fedora’s traditional style is achieved by pinched sides and a lengthwise crease down the crown.

Panama hats have a high crown, a brim that is normally 3 inches wide or wider (usually the same width around the hat), a bond (or ribbon), and a front taper.

Panama hats are mainly used in summer to help in keeping you cool, while fedoras are primarily utilized in cooler seasons for warmth.

You can find more about men’s and women’s fedora hats in these articles:

How to Get the Best Women’s Fedora Hats?

Best Men’s Fedora Hats to Make You Look Like Gentleman

How to Get an Authentic Panama Hats? 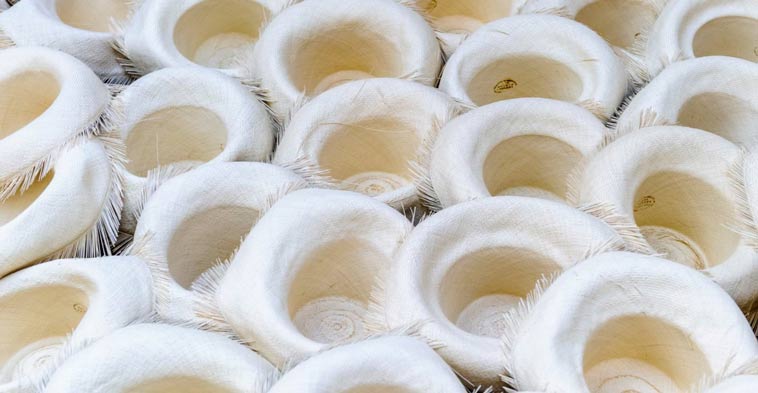 There are various factors that determine a Panama hat’s quality. The main factors include the straw and the weave. When it comes to the straw, the Panama hat quality is determined by how fine, identical, and even coloring.

Original and authentic Panama hat is made in Ecuador. You can tell if a Panama hat is authentic by checking its fine threads and the types of straw used in its crafting.

The consistency of the fabric is one of the features that distinguishes the hat, as it must match the demand for a harmonious balance that draws your attention.

When making the Panama hats, the best toquilla straw fibers are selected. This is to ensure that the hat maintains a homogeneous color; they will give it a predominant relief.

However, if you find a thread of another color does not mean that the hat is bad or fake. This is because there are certain fibers that change colors at the time the shawl straw goes through the process.

Points or Grades in An Inch

The best way to determine or determine the fineness of a woven Panama hat is by counting the rows of weaves per inch.

It would be best if you started horizontally and then vertically. When you find between 2,000 to 4,000 weaves per square inch, then the Panama hat is fine.

With that impressive weave per square inch, the Panama hat may be pricey since it took a lot of time and skills when woven.

A real Panama hat is one that is hand-woven in Ecuador utilizing the Toquilla palm. Looking at the top of the hat is the easiest way to know.

It is a genuine Panama hat if the straw fibers bloom out from the center of the hat.

1. Is the Panama hat fashionable?

Yes, the Panama hat is fashionable.

Apart from wearing a Panama hat to provide protection to your head from various outdoor elements, you can wear it as fashion wear. Panama hats are versatile, and you can wear them on numerous occasions and events.

2. How much should a Panama hat cost?

If you want a genuine Panama hat made of genuine, high-quality toquilla straw, you will have to fork out a lot of money. Although prices vary, the best Panama hats are usually between $200 and $400.

Your Panama hat can get wet when you wear it during heavy rain. However, it may not get wet due to light rain and moisture. The porous nature of the hat will ensure it absorbs moisture and dries on your head faster, reducing the chances of it getting wet.

4. Who is famous for wearing a Panama hat?

The United States president, Theodore Roosevelt, is famous for wearing a Panama hat during his visit to Panama. This was when he visited the construction site of the Panama Canal in 1906.